A Project for the New Year
Aurelia West 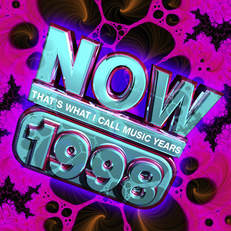 This year I've decided to embark on a project that I thought would be fun to share with others. At the end of the previous year, I resolved to learn about the year I was born in. I wanted to know more about the music that came out, the movies that were shown, the books that were published, and the television shows that premiered. I decided upon this for a number of reasons, but mainly because I felt pressure to keep with new releases. Though there are what we label as "classics," things we all believe anybody should have watched regardless of whether they were alive during that time, save for what we label as our favorites, there isn't much dwelling on the past when there are new forms of entertainment being released daily.

​So I've decided to jump into 1998, research a bunch of things that came out then, and view/read/listen to them. I don't want to just listen to the popular things either, I want to find books that never made a bestseller list and movies that never won awards to see a wide variety of what was being produced. After I decided upon trying to learn more about my birth year, I realized that it coincidentally was also twenty years ago, so I thought it would be fun to share the idea even to those born in different years. I figured the idea might inspire some of you to either learn more about things that came out twenty years ago or learn more about the year you were born. I think there's so much that we can learn about the past by viewing the entertainment of the time and we can even use that to create in the future. Regardless, I wanted to start a new year by focusing years back and I'm really excited for this new project.