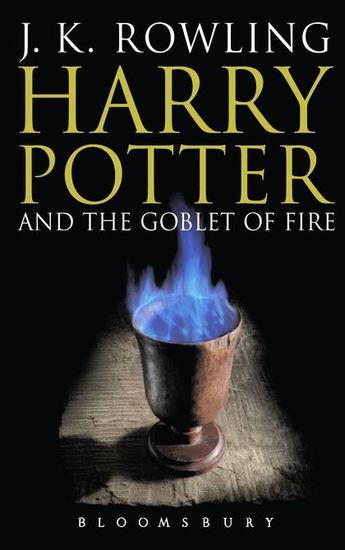 We've now gone through several chapters of Book 4: Goblet of Fire! Slytherin's Read-Along is open to all houses and helps us reminisce about the books that brought us together at a leisurely pace – one chapter a week. Each week starts a new chapter, new tasks, and more daily trivia!

You can join at any time! The tasks are available to earn full scales (the Slytherin points system) for one week, and you can still earn half scales if you post by the end of the month it was posted in. Here's what we've done since the last update:

October
We went through Chapters 5 (Weasleys' Wizard Wheezes), 6 (The Portkey), 7 (Bagman and Crouch), and 8 (The Quidditch World Cup). We talked about family resemblances and Quidditch World Cup preparations. Prof. Scarlet and Prof. Tarma showed us Portkeys they found on their travels, while Shiloh and Vanessa showed us their souvenirs from the Quidditch World Cup. Polaris gave us a good way to distract the referees and Shadow told us all about the Cross-Stitch Formation.

November
We covered Chapters 9 (The Dark Mark), 10 (Mayhem at the Ministry), 11 (Aboard the Hogwarts Express), and 12 (The Triwizard Tournament). We discussed interesting facts we learned in books and various clauses in the Code of Wand Use. We showed off our families' clocks and discussed occasions which call for dress robes, Wizarding names for Muggle professions (like a doctor/nurse would be a Healer), and other conversations you might have heard in Harry's compartment on the Hogwarts Express. We were introduced to the newly sorted first years and also found out about previous Triwizard Tournaments!

December
We read through Chapters 13 (Mad-Eye Moody), 14 (The Unforgivable Curses), 15 (Beauxbatons and Durmstrang), and 16 (The Goblet of Fire). While gearing up for the holidays, we found out Shadow was born under the moon and Polaris' star chart says she is Mercury-dominant! Prof. Scarlet told us about how Miss Fawcett was transfigured into a bunny and Polaris came up with an ingenious alternative to S.P.E.W. (H.E.A.L. – Help Elves Achieve Liberation). We had a delightful discussion about curses and consent, travelling to the other magic schools, and things students did under the Imperius Curse (like poor Parvati who somersaulted around the room for five minutes!). We ended the month (and the year!) with the book's namesake chapter! We discussed the weather and then gave some great points on why a Slytherin should have been a Triwizard Champion (like because of their ambition and cunning!).

January
To start the year and finish off the semester, we've read through Chapters 17 (The Four Champions) and 18 (The Weighing of the Wands). We showed our support with cheers and banners for the champions, as well as discovered quotes from various people throughout the book. Speaking of quotes, the Quick Quotes quill was quite busy with interviews of the champions! Luckily, we were able to tell stories of our own experiences and give the champions advice on taking group photos.

It's been quite a jog through this book, but there's more to come!!