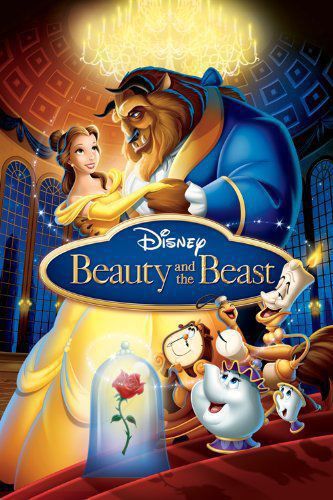 The story is based on a French fairy tale by the same name. Beauty and the Beast begins on a cold winter night. A beggar offers a cold-hearted prince a rose in exchange for shelter. When the prince refuses, the beggar reveals her true identity as a powerful enchantress. She transforms the prince into the Beast and all of his servants into household items. The enchantress leaves the Beast with a magic mirror and puts a spell on the rose. She tells him that unless he learns to love another and earn her love in return by the time the last petal falls, he and his servants will lose their humanity forever. A few years later, a young woman named Belle ventures to the castle and agrees to take the place of her father as the Beast's prisoner. The servants are positive that Belle is the girl who will finally break the curse.

Even though there were already many other versions of Beauty and the Beast, the Disney animated film made the fairy tale famous. It is one that inspires hope, showing that it is even possible for a Beast to have a change of heart when the right person enters his life. Everyone sees the irony when the bookish girl who constantly seeks adventure trades her freedom to save her ailing father. We are entertained by the playful banter between Lumière and Cogsworth. We relate to the motherliness of Mrs. Potts. We can all think of someone in our lives that simply rub us the wrong way like the arrogant Gaston. Scenes became iconic and people can picture entire sequences in their minds when they hear the songs. It's really hard to choose, but one of my favorite parts of the animated film is when Chip, as a stowaway, has to figure out how to start Maurice's invention. 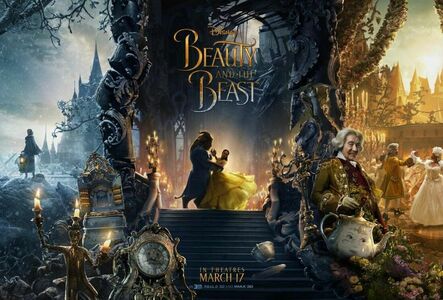 When a live action rendition of Beauty and the Beast was announced, there was a mixture of excitement and skepticism. Is it possible to recreate the magic of the animated film? Then Emma Watson was cast as Belle. Hermione Granger to play Belle? How fitting! Thanks to Cody, I heard the soundtrack numerous times (especially his favorite song "Evermore") before the movie was released in March 2017. We went to the midnight showing. There were many scenes that were the exact replicas of the animated movie, but several additions. It was nice to see the relationships between townspeople and castle servants. While it made the Beast equal to Belle in a way, it felt a little off for him to be literate. The added backstory for both Belle and the Beast made this film slightly darker than the original. It may forever live in the shadow of the animated film, but the live action Beauty and the Beast is a deeper re-imagination of a classic.

Beauty and the Beast was the first Disney film to be adapted into a Broadway musical. Broadway veteran Tim Rice helped Menken write lyrics. Starting in April 1994, Beauty and the Beast ran for thirteen years. Although the musical had a long run on Broadway, I only recently saw it performed at a local theatre. It was amazing to see how Beauty and the Beast was adapted for the stage. The opening scene wowed everyone when the hunched actress depicting the beggar spun around a few times and revealed a gorgeous dress as the enchantress. Fans were upset when Menken announced that none of the exclusive musical songs would be in the live action movie and now I know why. "No Matter What" was a touching duet that really solidified the relationship between Belle and her father. Menken was able to include the song "Human Again," which was originally written for the animated film. The Beast sings the impressive song "If I Can't Love Her" with a vaguely familiar tune at certain parts. When the Beast was singing, I asked Cody, "Does this sound like Galavant?" He gave me a knowing smile and nodded. Apparently, Menken worked on that TV series too.

Menken had the privilege of composing songs for Beauty and the Beast three times. He was constantly working to make new memorable music for an already beloved franchise. The story of Beauty and the Beast will continue to be retold in different ways, but the Disney animated film will forever be a tale as old as time.