Grave of the Fireflies
Shadow Gaunt 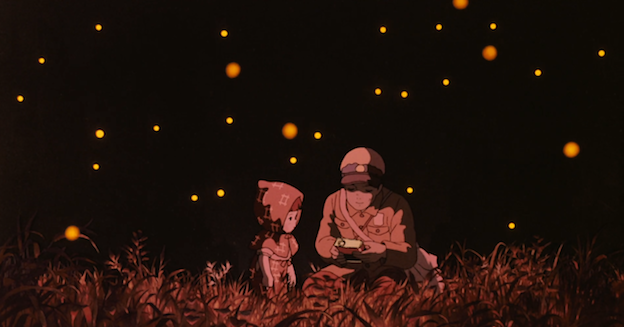 This animated film is a Studio Ghibli movie, which is how I discovered it. Many people start enjoying and watching Studio Ghibli films after watching Spirited Away, or perhaps My Neighbor Totoro. Both are great, famous films from Studio Ghibli. However, they are both pieces that leave you feeling happy, relieved, perhaps looking forward to another time you'll watch them.

Grave of the Fireflies is in no way like that. It is bittersweet. A story about two children on their own. In Japan. In World War Two. There is no way this could go well. Their dad is in the war, and when their village gets bombed, their mother dies. They are sent to live with their aunt, but she kicks them out as they take up space, food, and give nothing in return. The rest of the film centers around the children's survival and life together, alone, in a war-ridden Japan.

As you might have guessed, this film is one of my favorites. It is simple in its story. When I first watched it, I watched it in Japanese and understood most of it. The story’s ending you can immediately see at the beginning of the film, and I think that is what makes it so much more damaging, as you know what will happen to the children soon.

The animation is great, the story is wonderful. This movie makes you think and see the war from a perspective often unseen. Although it is extremely depressing, the fact that the film does not, even from the first seconds on screen, try to shield the story makes this film so much more worthwhile and wonderful.