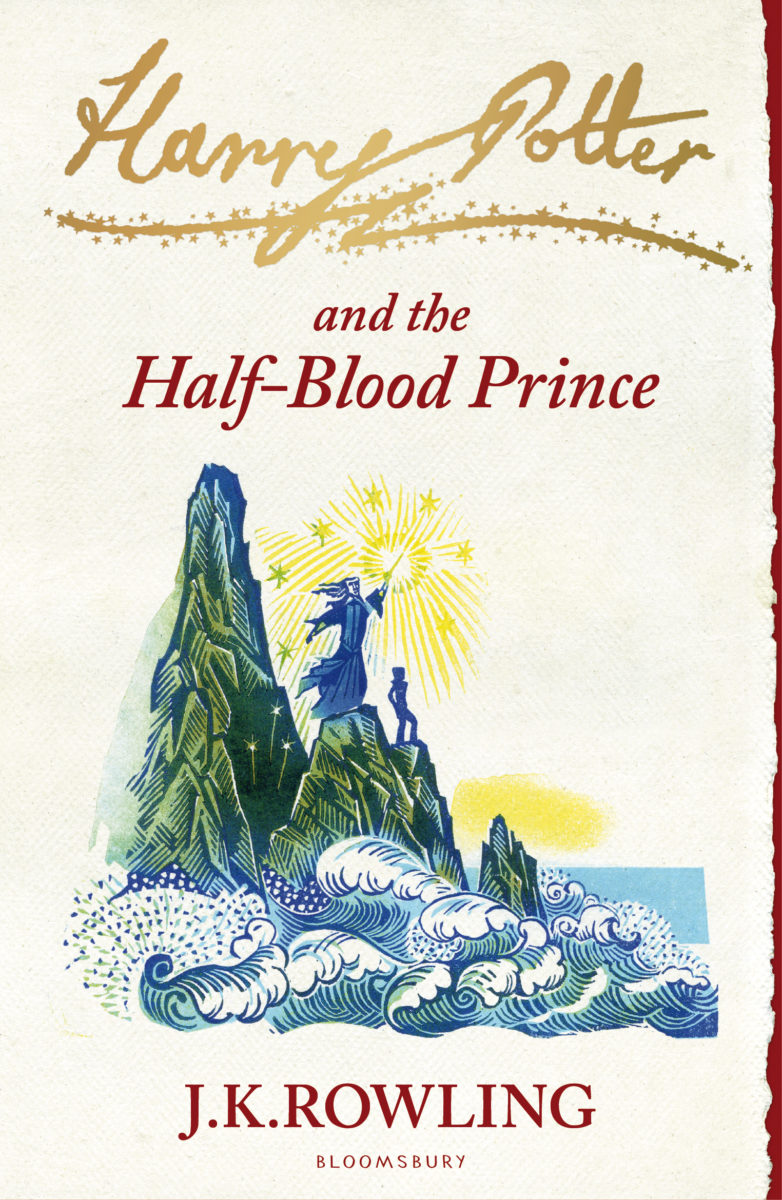 Welcome to the end of the Autumn Term! We are about two thirds of the way through Harry Potter and the Half-Blood Prince.

Our Read-Along is continuing to do very well, and so far we've had nine participants during the second half of the term, which isn't bad at all! We read one chapter each week, complete two weekly tasks, and answer trivia questions daily. The rewards, other than the enjoyment of reading the Harry Potter novels again and sharing that love with others? You earn Scales! Scales are the Slytherin points system.

The last full week of October began with us reading Chapter Eight, Snape Victorious, discussing why Snape intercepted the Patronus message meant for Hagrid. Most people, including Sky Alton and Brianna Caedmon, believed he took the message out of necessity, while February Fortescue disagreed and believed he noticed Harry was missing and figured out the message was most likely about Harry, whom he had agreed to protect. Our next question asked why Argus Filch wanted the items from the joke shop banned, and would you bring them to Hogwarts anyway? Several, such as Maxim Trevelyan and Polaris Black stated they understood Filch's reasoning and would not bring any items, while others, such as Prof. Tarma Amelia Black, would definitely return with some joke shop goodies.

The final week of October going into November found us reading Chapter Nine, The Half-Blood Prince. For our first question, we wondered what some of the characters in the book would smell if they got a whiff of Amortentia. We had fun selecting characters and scents. For our second question, we debated whether Harry was cheating when he used the handwritten notes in his Potions textbook to brew Draught of the Living Death in order to win the Felix Felicis potion. The response was split down the middle, with half agreeing that he was a cheater, and the other half insisting he was not cheating at all.

November's first full week brought us to Chapter Ten, The House of Gaunt. We began by wondering about the appeal of Tom Riddle to Merope Gaunt. The general consensus seems to be that she was infatuated with him and liked what he had to offer. Our second question pondered the Tarot cards Professor Trelawney had drawn, and the possible people or events they represented in the book, or we could select a card we liked. Most chose to discuss a card they preferred, while others, such as Prof. Scarlet Leslie-Lewis, Polaris Black, and Sky Alton also connected it to the happenings in the books.

The second week of November found us reading Chapter Eleven, Hermione's Helping Hand. The first question we asked ourselves was why the students needed to master non-verbal spells. Several excellent reasons were offered, including Arianna Stonewater's reminding us of the Statute of Secrecy in case we have to do magic when Muggles are around. The next question discusses Hermione Confunding McLaggen during Quidditch tryouts. What was her justification? Would she tell anyone? There were several excellent answers about her justifications, and most believe she would have kept the secret to herself.

During mid-November we were reading Chapter Twelve, Silver and Opals and wondering what was in Mundungus Flethcher's suitcase. The guesses ranged from a goblet to a cast iron frying pan. Next, we gave our opinions of what made a spell “fun” and “good for a laugh” versus “hurtful' and “uncomfortable”. Polaris Black stated that the intent was the most important, while Maxim Trevelyan focused on the experience of the receiver.

The last week of November found us exploring Chapter Thirteen, The Secret Riddle. Our first question asked how Dumbledore convinced the head of Riddle's orphanage that Hogwarts was legit and Tom Riddle should be permitted to attend. Several believed he quite possible used the Confundus Charm, while Polaris Black believed he could have implanted a false memory. Next, we were wondering about “great and good” Parselmouths, and the positive uses for such a skill. Sky Alton reminded us that languages are neutral and can be used for good or for evil.

To start off December, we began with Chapter Fourteen, Felix Felicis, and compared Quidditch commentators Lee Jordan and Zacharias Smith, and asked what qualities we prefer in our commentators. One value we seem to share is that we want the reporting of the game to be factual! Next, we considered how we'd boost Ron Weasley's confidence playing Quidditch if we didn't have access to Felix Felicis. Most of us suggested talking to Ron and helping him relax, while Will Lestrange had a really good suggestion about having Ron view his great tryout performance through a Pensieve memory.

Next up was Chapter Fifteen, The Unbreakable Vow. While thinking about the unusual guests at Professor Slughorn's Christmas Party, we wondered about who else he could possibly invite. We had responses which included everyone from a musician to a photojournalist. Then it was onto decorating the Christmas tree and discussing the types of decorations we enjoy seeing around the holidays. We love snow, icicles, and glass ornaments which quietly play whenever someone walks by them.

For mid-December, we discussed Chapter Sixteen, A Very Frosty Christmas. Our first question? What did Ron Weasley get Lavender Brown for Christmas? The general opinion was that Ron would have chosen something rather generic, although perfume and a deck of enchanted Tarot Cards were mentioned. For our next question, we discussed Scrimgeour's visit to Harry and asked if there were any merit to the Ministry's actions in what they were trying to convey, or if Dumbledore was going about it in a better way. We seemed to agree that Scrimgeour went about approaching Harry the wrong way, and in general we would have turned the Minister down.

The last full week of December found us reading Chapter Seventeen, A Sluggish Memory, and asking ourselves if we, as a student or as a parent, would prefer Floo, train, or apparition to return to Hogwarts? Most seemed to prefer the trains, although Sky Alton raised a good point in that they all have their good and bad aspects. Next, we took note of a passage describing the individuals who were Death Eaters and asked if there were any exceptions to the description. In general, we thought the description was accurate, and Sky Alton added the pureblood supremacy ideology.

We concluded December 2019 and began January 2020 with Chapter Eighteen, Birthday Surprises. For our first question, we had a blast following JK Rowling's example inventing names which appear reasonable on the surface but are actually a bit silly or unusual. One of my favorites was Maxim Trevelyan's “Grantmorr – name of a Gringott's goblin”. Our final question asked about which ingredients would be needed to brew an antidote to a love potion (poor Ron!). There were some excellent combinations, with several people, including Prof. Tarma Amelia Black, including a bezoar in her potion.

That's it for now! Don't forget, you can still complete Chapter Eighteen and the other January chapters until January 31st. There's more fun to come, and everyone is welcome to join the Read-Along at any time! See you in the Dungeons.