Dead to Me: A Bittersweet Comedy
Maxim Trevelyan 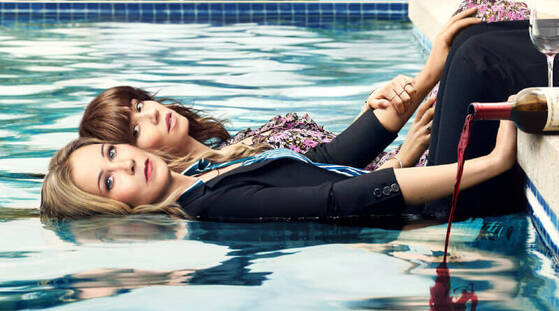 As I get ready for work in the morning, I like to watch YouTube videos or shows on Netflix. It gives me an opportunity to catch up on the shows I am falling behind with, while filling in the silence of the early morning. The best shows for me are those whose episodes are 20-30 minutes long and after going through Netflix recommendations, Dead to Me caught my eye.

Jen (played by Christina Applegate) is a recently widowed real estate agent who lost her husband in a hit-and-run accident, trying to deal with her grief through therapy, exercise, and other, perhaps not quite healthy, methods. At one of the therapy sessions, she meets Judy (played by Linda Cardellini) whose fiance died of a heart attack. The show follows their blossoming friendship forged due to grief, but as it is with drama, their friendship is threatened by a dark secret that one of them has.

What I really like about this show is how “real” it is, for a fictional show. A lot of tropes that are often seen in other shows of the genre are dealt with realistic methods and not in robotic, sitcom-y ways we are often faced with.

People grieve in different ways and the main characters are prime examples of both sides of grieving spectrum (or, one of them is, but saying more is spoilery). Jen is angry, lashing out and likes to vent out her anger, grief, and despair by destroying things, while Judy has a perky and an optimistic outlook on the situation, despite the grief she is feeling. Dead to Me shows that feeling one, the other, or both (or neither) is perfectly fine, which I really appreciate.

Authority figures actually have sense, as we can see with the Detective investigating Jen’s husband's manslaughter. She does not allow Jen to see photos from the hit-and-run, understandably so, and does everything in her power (by law) when Jen’s safety is threatened. A long way from the either bumbling and procedure-breaking figures or unreasonable tyrants that we often see in dramas or sitcoms.

The show does have an occasional misstep - a cliche too many, a joke too revealing - and the finale, while satisfying, pulls the show in a completely unexpected and such a different direction.

I recommend the show to people, although a fair warning, grief and loss are two central and driving points of the plot. The first season ended on a cliffhanger, which I personally dislike, but luckily, the show has been renewed by Netflix for a second season!