“This,” said Wood, “is the Golden Snitch, and it’s the most important ball of the lot. It’s very hard to catch because it’s so fast and difficult to see. It’s the Seeker’s job to catch it. You’ve got to weave in and out of the Chasers, Beaters, Bludgers, and Quaffle to get it before the other team’s Seeker, because whichever Seeker catches the Snitch wins his team an extra hundred and fifty points, so they nearly always win.”

All of this was overwhelmingly true in the series. The Snitch was the most important ball. The team that caught it was just about always the victor, with the only glaring exception being the 1994 Quidditch Cup. We all remember Viktor Krum snagging the Snitch when his team was just a couple plays away from possibly winning the game. Of course we do, because Ron said what we were all thinking:

“What did he catch the Snitch for?” Ron bellowed, even as he jumped up and down, applauding with his hands over his head. “He ended it when Ireland were a hundred and sixty points ahead, the idiot!”

And J.K. Rowling shoved the explanation down our throats:

“He knew they were never going to catch up!” Harry shouted back over all the noise, also applauding loudly. “The Irish Chasers were too good... He wanted to end it on his terms, that’s all…”

Rowling showed us that on very rare occasions, the Golden Snitch did not always go to the winning team. And it opened up the idea of another way to play Quidditch, an entirely new win condition: just score more points than the other team.

In HOL Quidditch, the Snitch is not the most important ball of the lot. Most of the top Seekers barely even play the position anymore. Prof. Scarlet Leslie-Lewis, who won last summer’s Seeker Tournament, was resigned to play Keeper every match she played this season. And when was the last time you saw Prof. Jenny Lupin snag a Snitch? Or Prof. Arielle Lemoyne? Will Lestrange? Darcey Goode?

These players do not Seek anymore because they are more valuable at Quaffle. Catching the Snitch is just not as highly prioritized as it once was. Quaffle is undoubtedly the most important part of HOL Quidditch. Just score more points than the other team.

Only one of the twelve matches played this season was decided by Snitch. It was easily the most exciting match of the year in my opinion, but it was arguably the only exciting match of the past couple years. And the catch? Well, it never really happened. Ravenclaw forfeited Snitch and Hufflepuff secured a sixty-point win.

More often than not, catching the Snitch is only a means to end the game. When a Seeker pulls a Viktor Krum and catches the Snitch while their team is behind, it does not shock anybody. Because nobody is ever behind by sixty points when the Snitch is caught. The game has already been decided by the Chasers.

Is there a way to fix this? A way to balance the game around Snitch?

“I think the Snitch should be worth more points,” says Prof. Scarlet Leslie-Lewis, who first established herself as a Seeker for Ravenclaw in 2011.

Snitch’s value must have been discussed at some point, considering it has been worth only fifty points – compared to the one-hundred fifty in canon – since the first Quidditch match on HOL. The game has changed since then, and now more than ever, a one-hundred fifty-point Snitch sounds like a reasonable solution.

But increasing Snitch’s point value would be little more than a quality-of-life buff for what Oliver Wood proclaimed to be the most important part of the game. A one-hundred fifty-point Snitch would affect the final result of only one match from this past year: Slytherin versus Hufflepuff, where Maxim Trevelyan claimed the Snitch to bring SQT’s lead to thirty. And while an extra one-hundred points would have eventually led to a first-place playoff match between Hufflepuff and Slytherin, it is not quite enough to overthrow the Quaffle-centric style of play that currently reigns over HOL Quidditch.

Snitch is a long way from being the “most important ball of the lot,” and maybe that is okay. This is only a problem if we as a community decide it is. I would wager that most Quidditch players are okay with maintaining the status quo, that winning or losing matches through Quaffle is fair enough, and that the glory of out-Seeking the opposition is gratifying enough. Until this is no longer the case, why fix what is not broken?

There is a silver lining for the Golden Snitch: at the very least, a case can be made for it being the second most important ball. It has been a few years since a truly useful Bludger was last spotted. 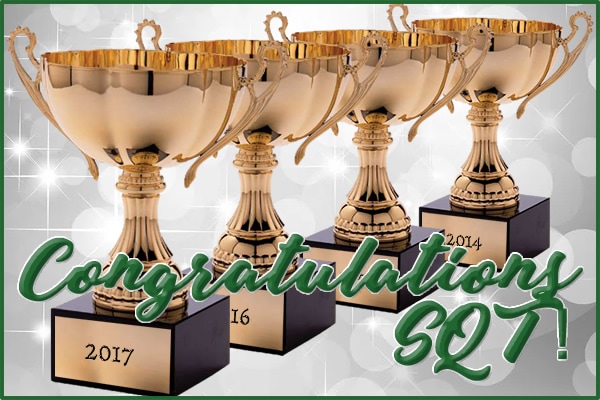