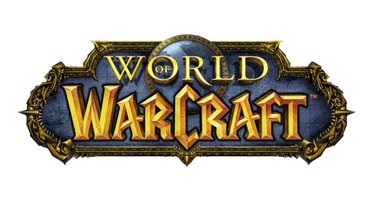 ​There are two topics that are readily discussed, but only one that really captures my interest every time and those are the world of games and game worlds. While the world of games includes a mass list of games for people to play from computer to console as well as role playing games such as Dungeons & Dragons, it’s the game worlds that really keep people, or at least me, interested in what I’m playing. So it probably comes to no surprise that my favorite genre of games are RPGs, or more specifically MMORPGs that stands for Massive Multi Online Role Playing Games.

One of the games that I used to play a while back is called World of Warcraft. This game has so much lore it is insane and in each expansion, the lore continues to grow. The Warcraft franchise has comics, books, short video clips, and stories inside the game contributing to the world. I have read a few of the books in order to immerse myself more into the world and to understand it better, and the more I learn, the more fascinated I become at the extent the writers and developers have gone in to creating it. Honestly, it reminds me so much of other writers such as J.R.R Tolkien and the world of Middle-Earth or even George R.R. Martin and the Seven Kingdoms. Though it is a game, the detail of how the continents of the Eastern Kingdoms, Kalimdor, Northrend, Pandaria, and the Broken Isles came about is wonderful. The story lines I will admit to have fallen in love with the most happen to be the Windrunner sisters and that of Anduin Wrynn and his father as well as Lady Jaina Proudmoore. Each race is unique to themselves, yet they all have alliances or hatred towards each other and for such intricate reasons. 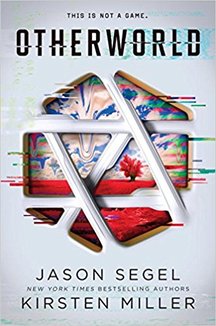 Another game world that I particularly liked does not come from a game at all, but rather from an anime known as .hack. This is a series of different anime all taking place in a game known just as The World. The two I have watched .hack//sign and .hack//Legend of the Twilight Bracelet were really good. The first one is probably my favorite. .hack//sign follows a wavemaster who finds that he can’t log out of the game, but he also can’t shut off his terminal because he’s not at a terminal. While this storyline goes on, there is also the quest of a mystery legendary object known as the Key of Twilight, which is said to unlock a secret part of the game. While in The World, there is a lot of mystery going on, we also learn the true purpose of why The World was created, which is quite astonishing when it’s revealed.

I recently read a book called Otherworld by Jason Segel and Kirsten Miller, which takes place in another game world from whence the book got its title. Players who can afford the haptic suits and glasses for it are allowed early entry into the world for testing, however, something else very sinister is going on in another part of Otherworld away from the regular players. Otherworld exists to allow players to do things in game that they could not do in real life such as battle to the death or have a home built with riches or even visit a beach to surf the waves. Otherworld is a game world like no other that begins to become reality for many as they choose to live out their entire days in the game, then for others, they find they have no choice.

While all of these media have excellent plots surrounding them, that is only part of what makes these game worlds so great. The detail surrounding the worlds and how real they can become is what also grasps the attention of the player to know more and more. While this is excellent for those who like true immersive experiences, it is also what makes these game worlds dangerous but hopefully more than anything, pure fun