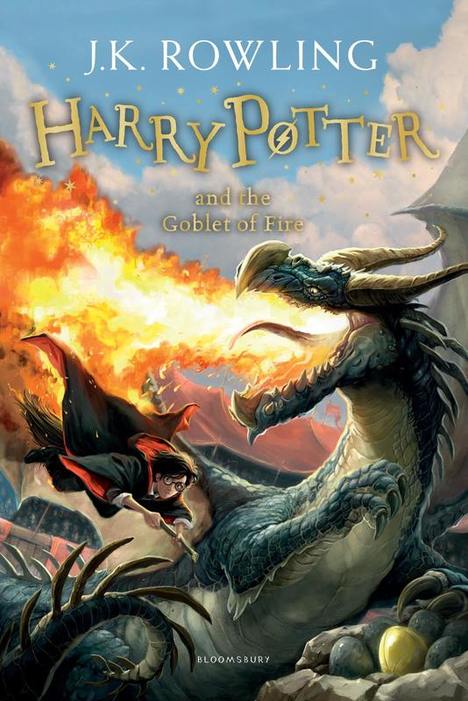 As the school year comes to a close, so does our Read-Along adventures in Harry Potter and the Goblet of Fire!

March
In the second half of March, we worked through Chapters 28 (The Madness of Mr. Crouch) and 29 (The Dream). We began this term by showing off some shiny items (like Shadow's gold bow) that might attract a niffler while finishing Harry's conversation with Viktor Krum. Then we discussed the validity of Prof. Trelawney's claim of influence on Harry's dream and started preparing for the third task. Sirius had mentioned a few hexes and spells, but we came up with some more, like Prof. Scarlet's Bedazzling Hex and Prof. Tarma's Knee-Reversal Hex!

April
We started off the Weasley Twins' birth month in Chapter 30 (The Pensieve). We guessed who said certain quotes and talked about what the runes around the edge of the Pensieve might say. Polaris had a great suggestion: "The past is what we choose to remember." In Chapter 31 (The Third Task), we described magical "bugging" methods (like a precursor to the Extendable Ears) and other movies/places where something like the disorientating golden mist plays a role, such as His Dark Materials, Orphan Island, and the Fun House at Santa Cruz! We moved through Chapter 32 (Flesh, Blood, and Bone) rather quickly by discussing which we'd prefer to sacrifice for someone (the consensus being blood is the easiest but for the right person we'd give more) and other ingredients that might have helped bring Lord Voldemort back (such as unicorn horn and diamonds). In Chapter 33 (The Death Eaters), Prof. Tarma told us about how she was having tea when she felt the Dark Mark and Polaris was with the Durmstrang students and they both decided to hide. We also saw some beautiful masks and Shiloh told us about some minuscule details on her that are barely perceptible unless you look closely! Finishing out the month, we started Chapter 34 (Priori Incantatem). While perusing our books to find out some earlier editions had the order incorrect, we discussed the other ghosts that would come out of Voldemort's wand, such as poor Geronimo Lynch and Charlie the chocolate loving boy.

May
The first full week of May kicked off with Chapter 35 (Veritaserum). Prof. Scarlet posed a question that had us all imagining what we would stow in our very own magical, seven-compartment trunks, and we also talked about our shock (or lack of it) from the reveal of the fake "Mad-Eye" Moody. (Did you catch all the hints? I definitely didn't.) On a happier note of Chapter 36 (The Parting of Ways) we discussed what we would do with our Tournament winnings. Shiloh, being the most noble of us, would donate hers while the rest of us would take care of some debts/school loans or travel. Finally, we've reached the end with Chapter 37 (The Beginning). We showed off some flashy Viktor Krum signatures as well as figured out some other curses/hexes/jinxes that really don't mix.

That's it folks, another book down, just in time for the end of the term and the school year! A special shout-out to those of you who've been answering all TWO HUNDRED (not including the many bonuses) trivia questions along this journey. I wish you lots of luck with your end of year exams and a most happy summer! See you next time for Book Five!