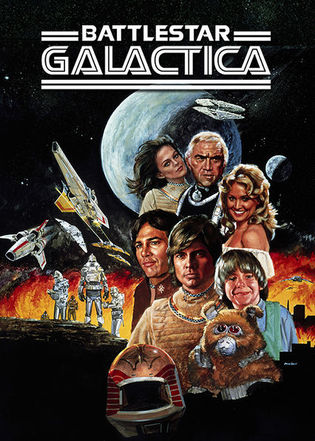 First of all, let me start by saying this article is not going to be about how amazing technology is in changing our world. Actually, it is about the opposite of that. The topic of this article is simply about how technology may influence our world in ways that are harmful and even dangerous if it continues going the way it has been. Secondly, let me say that this article is based off of fictional worlds and the consequences of technology therein.

Let’s start with one of my favorite shows, which I still think everyone should watch, and that is Battlestar Galactica. This section is based on the remake of the show as I have never seen the original. In the world of Battlestar Galactica, cylons have nuked Caprica and continue to nuke the other planets around them. However, we find out that cylons were created by the humans and they had gone to war in the past. Humans had created these machines, these robots to do their work for them and, over time, began to mistreat them and they eventually found their own path and wreaked havoc on their human masters.

Now let’s think of this. Human robots officially exist. We now have robot-assisted surgery, which will only expand from where it is now. But we’ll take a step back. Humans are losing jobs due to robots and machines. What about self check-out at the store? While they are convenient, those are human jobs that are now taken by machines. Factories no longer need as many workers because they have robots and machines to do everything for them. While this is all going on, people begin to take this technology for granted. Artificial Intelligence (AI) is being developed at an alarming rate and while at this point, there is no such thing as true AI (that I know of), what happens when it does finally exist and these robots and machines begin to fight back?

Let’s move into Otherworld by Jason Segel and Kirsten Miller because this segues perfectly into this. While this is a game world and takes place in a game, the whole technology of Otherworld is there so humans can live another life away from their real world and for many, this ends up becoming reality. The platform for Otherworld is also used for medical purposes when people lose the ability to talk and move. The neurosurgeons stick a disk onto the back of these people’s heads and suddenly they are in Otherworld. They have the ability to talk and move again. However, more than that, and more than the other regular players in Otherworld without the disk, they can also feel and taste the world around them. They can also be really and truly killed.

In Otherworld, the creator developed NPCs known as The Children and these Children have true AI. They truly think for themselves and do as they wish. There is no computer program controlling them. They are as real as the other players in the game, yet they exist only in Otherworld. However, Otherworld is their reality and it becomes a fight for their existence and the existence of humans in this game world that turns out to be not much of a game at all.

An anime movie that I watched a while back called Summer Wars is also prevalent in our discussion of technological influences. It is very similar to that of Ready Player One in the case of the entire world entering OZ, the name of the system, to participate in a new reality. OZ also controls the world itself. The world’s banking systems is run on OZ as well as all shopping and where a lot of people go to work. Think the game Second Life and you have OZ except that it is reality instead of a game. So people are paid in real money for work they do in OZ. They spend real money and go to school and gamble and have battles with their friends to earn credits and even more money. But one day, OZ is hacked and we discover that with this hack, the entire world is on the verge of collapsing and shutting down.

The point that this movie brings up is that the world is so dependent on technology nowadays that there is a good chance that without it, our entire economy and way of life would collapse. People would go crazy and riots would start and probably worse because no one would know what to do.

All of this to say, while technology is very useful for so many things, the further we get in advancing it, the more it takes us away from ourselves as a people and true society and being dependent on each other. We are now so heavily dependent on computers and the internet and electronic communication that without it, many might begin to lose themselves.

We are advancing at a rate that is astronomical and the fear of an actual robot war of sorts is seen by some as too real. I also never understood the point of true AI unless it’s just to prove that it can be done. People, real humans can do such marvelous things. We don’t need robots to replace us, but with the world running on money the way it does and science allowing the world these things, whether there is a true machine war or not, a take over of sorts is inevitable.