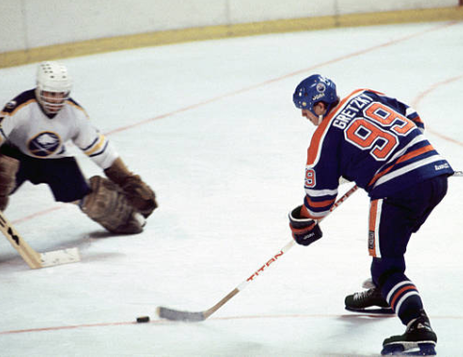 It was a chilly early fall day in 2015, perfect for flying. Unfortunately my schedule meant I couldn't go flying with SQT that afternoon for practice; I wouldn't make it to the pitch until early that evening. By the time I got to the pitch, it was deserted except for a Portkey from Cody that would take me to Quality Quidditch Supplies; it was implied that this Portkey was extremely urgent.

I took the Portkey and found myself in front of a rack of Slytherin Quidditch uniforms –​ but there were already a few empty spaces in the rack where numbers 4 and 6 should have been: looking around, I saw Kayla and Cody near me wearing jerseys identical to the ones on the rack, but Kayla's had a large four on it and Cody's had a large six.

I just wanted to get back to flying, but my captains wanted me to make a decision quickly as "all the good uniform numbers" would be snapped up quickly (indeed, the uniform at the far end of the row, with a nine on it, already had a 'RESERVED' sign on it)! I remembered Cody strongly suggesting that I go for one of the uniforms immediately next to the blank space where the six used to be... but the uniform with the seven on it gave me the impression that it had already been worn by someone else and wouldn't really respond to me... and the uniform with the five on it didn't really speak to me either.

No, my instinct was telling me to walk away from the row... past more and more rows of uniforms... almost past the uniforms entirely (towards a section of the store which held practice Snitches). My captains were telling me to come back and pick a uniform, but I had finally found one that really spoke to me: the uniform at the very end of the last row, which had two large nines on it. And that was the uniform I would choose!

On the way back from the store, I faced a lot of teasing from my teammates: "Why would you want to choose a two-digit uniform number?" and my favorite, though I don't remember who: "No professional Quidditch player has ever worn a uniform number larger than 25!" But 99 was the number that spoke to me, especially after I got back to my dorm and did some research.

While no Quidditch players of any note had ever worn the double nines before me, there was a Muggle hockey center (the closest position in any Muggle sport to Chasing in Quidditch) named Wayne Gretzky who made the number famous. Apparently, he was the most prolific goal scorer in any sport – wizard or Muggle – having shattered records for "most goals in a season," "most goals in a career," and "fastest to 50 goals in a season." Moreover, he was known not for his raw physical prowess, but his speed, ability to react on his feet and his innovative creativity to help him outfox the opposition. This sounded exactly like my path to success in Quidditch: even when strongly advised otherwise, I was much more comfortable coming up with my own strategies than trying to imitate those of others. Once I finished with this research, I knew that I could respond to all future teasing about my uniform number by referring to Gretzky!

At the time, though, I didn't really believe that I could live up to the reputation of my Muggle counterpart. Although I was happy with the speed of my flying, I felt that the way I controlled my broom was more suited to Seeking than to any Quaffle position. But as the first game of the season drew near and I flew more and more in my new uniform, I found myself owning "the ultimate Chaser uniform number" more and more. That game, I had to face Edmund Smethwyck, a particularly strong Keeper. To be honest, I felt that he really got the best of me that game, but I did manage to get the Quaffle past him eleven times – enough to cement our win (we ended up winning Quaffle that match by exactly eleven goals).

Over the next few years, I have stayed with that uniform number – and while I would occasionally fill in as Seeker or Keeper, I ended up Chasing for the vast majority of my games – scoring, if my numbers are correct, more than five hundred goals wearing that uniform number. I would like to think that I lived up to the reputation established by my Muggle counterpart when wearing the number 99, but, really, only time will tell.

And looking forward, I might want to follow Cody's lead by focusing less on lighting up the scoreboard myself and more on keeping opponents from doing the same. But even if I switch to a defensive position (or go back to my first love of Seeking, for that matter), my uniform number will stay as it is: the number 99 is too much of a part of my Quidditch experience for me to ever want to switch to a 'better' number!