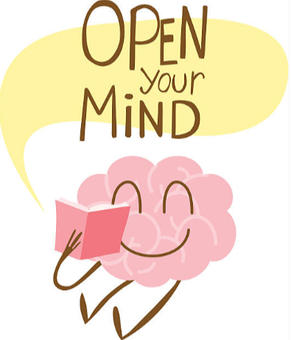 A month or two ago, I went to a library for the first time in a while. Usually, I read books on my tablet, and I listen to audiobooks a ton because you can listen while doing other things #Multitasking. However, because my younger siblings wanted to check out some of their books, I went along.

I brought with me a list of three books (all science fiction) that I wanted to check out as they were what I had lined up to read next and had thought it would be nice to have them physically in my hands.

When I figure out what I like, I have a tendency to stop there and not experiment further. So, walking into the library, I expected to find those three books and leave. However, I had trouble locating one of them since it wasn’t in the section I was expecting it to be in. This threw me for a loop, so before venturing any further through the library, I went to the librarian who pointed me to the right section, which turned out to be right by her desk. *sigh*

I’ve never been one to walk right up to librarians and ask them for book suggestions, mostly because I figure they have things to do and listing off books is not one of them. However, this librarian asked me what genre I was looking for, and after telling her that I was into science fiction/dystopian, she walked through the YA section and pulled out a few various books, all different genres. She informed me that they were pretty great reads and suggested I give them a chance.

By the time I left the library, I had nine books of various genres and a library card, which I hadn’t bothered to get before then. I was surprised by how helpful everyone had been and was excited to get started on my new books. I brought them on a trip and ended up reading about half of them in a week. They were all different genres from sci-fi and mythology to historical fiction. I enjoyed them all and found that branching out isn’t such a bad thing after all.

Moral of the story: expand your horizons and you might find something new to enjoy.