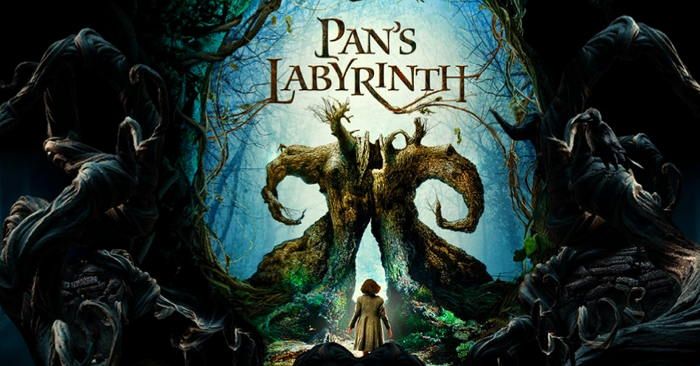 One of my favorite movie directors has to be Guillermo del Toro. There was not a movie of his that I disliked and all have a special place in my movie shelf. My favorite three are Pan’s Labyrinth, the movie I will be reviewing today, Pacific Rim, and the movie he helped produce, The Orphanage.

Pan’s Labyrinth was a Spanish movie released in 2006 and takes place in Spain in 1944. It tells the story of a little girl Ofelia, who is looking for escape from the real world as her highly pregnant and very sick mother forces them to move in with Ofelia’s stepfather Captain Vidal, a cruel man whose sole goal is to hunt down the rebels. The movie mixes the gritty real world with the wondrous mythical fantasy world, which focuses on an ancient, abandoned labyrinth where a mysterious faun creature resides. Ofelia travels through the labyrinth and, on the way, she meets various magical creatures as they lead her through the faun’s trials.

Frankly, I believe that Pan’s Labyrinth is one of the greatest fantasy movies, despite it being so entrenched in reality as opposed to others of its genre. It took a second viewing for me to really appreciate the movie and its little nuances and, another point for it, it never really gets old, no matter how many times you see it.

What I love the most, though, is that the movie is just visually stunning. We have your usual magical creatures of fantasy, such as the faun, the fairies, and giant toads, but their looks are not as uniform as they usually are. The most stunning, in a grotesque way, is the Pale Man (played by amazing Doug Jones) with sunken body, loose skin, and eyes in the palm of its hands.

If you have not, I absolutely urge you to see Pan’s Labyrinth and all of del Toro’s movies. While they employ traditional fantasy tropes, they do not conform to them and, instead, they use them to make a compelling, gritty, and, dare I say, realistic narrative.