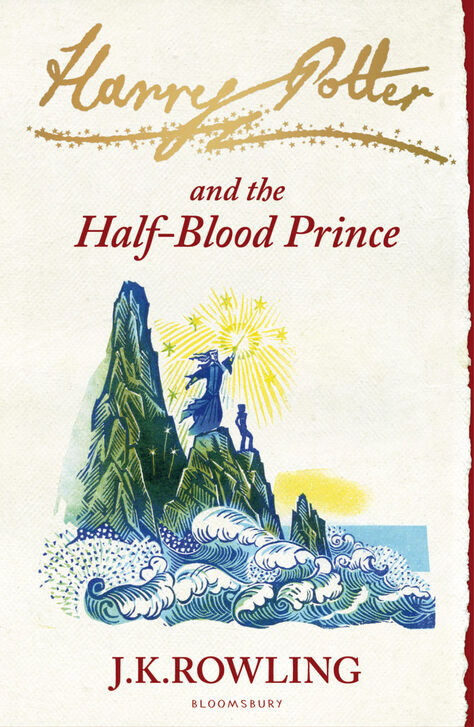 ​Welcome to June! As both the Spring term and the school year draw to a close, we concluded our discussion of Harry Potter and the Half-Blood Prince.

Our Read-Along did very well this year, at one point having 13 participants, which isn't bad at all! We read one chapter each week, completed two weekly tasks, and answered trivia questions daily. The rewards, other than the enjoyment of reading the Harry Potter novels again and sharing that love with others? We earned Scales! Scales are the Slytherin points system.

The first week of March began with us reading Chapter Twenty-Seven, The Lightning-Struck Tower. For the first question, we considered several characters and wondered which character we had the most, and least, sympathy for: Harry, Draco, Snape, or Dumbledore? Most of us seemed to have the least sympathy for Dumbledore, who orchestrated the situation. The most sympathy seemed to be for Draco, who, as Will Lestrange said, “was caught between a rock and a hard place the entire year.” Our second question was a bit lighter. We asked about Madam Rosmerta's running out of the inn during an emergency while wearing high-heeled, fluffy slippers. The general consensus was that she simply wore what she would normally wear at night, although most of us tend to keep more sensible footwear available!

The following week found us reading and discussing The Flight of the Prince, Chapter Twenty-Eight, and wondering why Voldemort didn't order Snape and the others to return with Harry if they had the chance. Most of us thought that Snape was lying when he told the Death Eaters to leave Harry, or at least twisting the truth a bit. Our next task was to rewrite part of the chapter from the point of view of one of the characters. We each offered a different scenario, with more than one of us staying out of the battle for one reason or another.

For the middle of March, the next chapter was Chapter Twenty-Nine, The Phoenix Lament. Our discussion for the week: “Would you close the school or leave it open” after Dumbledore's death? The vote was split down the middle, with half thinking it should be closed and the other half wanting to leave it open. Both sides noted safety as being the reason. Leaving the school open would place a large group of students, all in one place. Is it easier to protect them if they are together, or would it make them an easier target? Our next task was The Quote Game. One person posted a quote from the chapter, while the next person identified who made the statement and then gave another quote.

For the final week of March, as well as the last chapter of the book, Chapter Thirty, The White Tomb, we thought about Harry's comment that he should have shown Dumbledore that he had the Potions book with notes from the Half-Blood Prince, and asked ourselves if we thought it would have made any difference in the outcome if Harry had taken that action. Most seem to agree that it would depend on when Harry showed Dumbledore the book. It's possible that by showing him the book, Harry wouldn't have gotten Slughorn's memory (although he still may have). Finally, our last task had us describe what we would have worn to Dumbledore's funeral. Most of us would have wore dark cloaks of some sort, although it varied from person to person.

Professor Scarlet Leslie-Lewis noticed a coincidence that had never occurred to me. What do you think?

Bill remained under Madam Pomfrey’s care. His scars were as bad as ever — in truth, he now bore a distinct resemblance to Mad-Eye Moody, though thankfully with both eyes and legs — but in personality he seemed just the same as ever.

The coincidence? Domhnall Gleeson, the actor who portrayed Bill Weasley in the last two films, is the son of Brendan Gleeson, who played... Mad-Eye Moody!

The Read-Along begins again in September with Chapter One of Harry Potter and the Deathly Hallows. Everyone is welcome to join in on the fun! See you in the Dungeons!