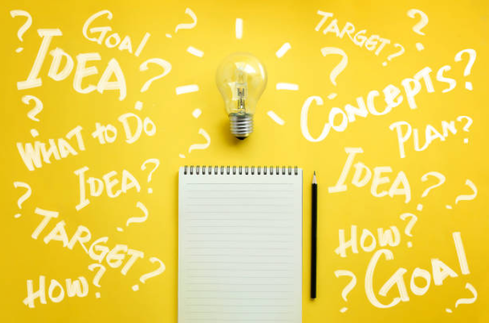 When we think about imagination, it can often seem like some vague and slightly untrustworthy thing. After all, it’s possible to get lost in imagination and to have ‘an overactive imagination.’ Even when we consider imagination in a positive light, people often think of it as some rare treasure that only really creative people can use. We don’t treat it like something that you would rely on in your day to day life: more like a luxury that you can’t afford. I’m not sure that’s true though. In fact, I don’t think we even realise when we’re using our imaginations half the time.

Imagination can be a shelter, a playground, and even a classroom. Reading a book, watching a film, or playing a game all spark our imagination. They let us step outside of what’s going on in our lives and give us a break. Imagination also helps us to process new facts and work through our emotions. You can do that by directly tackling what you need to learn or how you feel in some imaginative way, but also in the background while you distract yourself with something totally different. It’s a safe space where you’re free from having to make decisions for a while. It’s totally true that this can be dangerous if you allow yourself to avoid things for too long, but it’s just as true that it can help you to face up to those things. Using your imagination isn’t a waste of time: it helps you broaden your understanding, discover new solutions, and think in fresh ways.

Imagination is also key for making plans. Whether it’s deciding which job to apply for or what to have for dinner, imagination (picturing the choices even if you don’t know you’re doing it) plays a large part. Once our minds become alive to possibilities, it’s almost impossible not to consider what it would be like if they happened. It’s how we motivate ourselves and also how we assess the risks (though again, it can be a double edged sword if you let that risk assessing stop you from taking a chance). While ‘it does not do to dwell on dreams and forget to live,’ dreaming is often a powerful first step.

Perhaps my favourite practical use for imagination is how it helps us to interact with other people. Imagination leads to empathy or at least to understanding. Without imagination it would be impossible to ‘put yourself in someone else’s shoes.’ To make an effort to understand how someone else is feeling and why they do the things they do takes a huge leap of imagination. It’s actually one of the greatest tools we have for creating positive relationships with the people in our lives.

So, next time you worry that you’re too imaginative or not imaginative enough, remember how it comes into play when you aren’t even thinking about it. Imagination is more than some wild and unreliable quality that creative people can tap into. It’s an everyday tool and, even better, you already know how to use it.