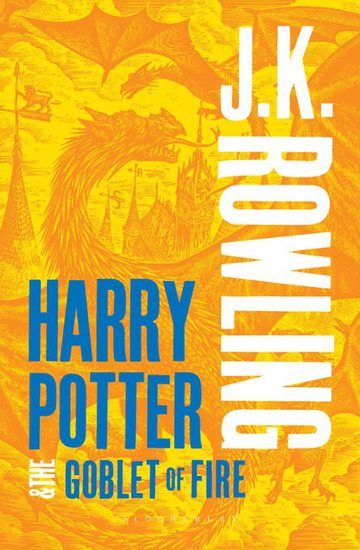 We've gone through even more chapters of Book 4: Goblet of Fire! Slytherin's Read-Along is open to all houses and helps us reminisce about the books that brought us together at a leisurely pace – one chapter a week. Each week starts a new chapter, new tasks, and more daily trivia!

You can join at any time! The tasks are available to earn full scales (the Slytherin points system) for one week, and you can still earn half scales if you post by the end of the month it was posted in. Here's what we've done since the last update:

January
In the second half of January, we read through Chapter 19 (The Hungarian Horntail), Chapter 20 (The First Task), and Chapter 21 (The House-Elf Liberation Front). While we discussed methods for keeping people away so Harry and Hermione could talk to Sirius, we also revealed which of the four dragons each of us would prefer to face! Shiloh Adlar started off the discussion about which creatures might hibernate in the winter by bringing up the Fire Crab and we also collected some delightful sweaters for Dobby (Aurelia West found one that is decorated with garland!) to close out the month.

February
Despite being the shortest month of the year, February was still jam-packed with chapters! We read through Chapter 22 (The Unexpected Task), Chapter 23 (The Yule Ball), Chapter 24 (Rita Skeeter's Scoop), and Chapter 25 (The Egg and the Eye). As the Yule Ball approached, rumors were circulating. Did you hear? Aurelia told us they're having an ice skating rink in lieu of a dance floor this year! Invites were flying. Did you know Prof. Cody once went to a ball with someone who turned out to be a MURDERER?! We discussed dances (like the waltz and foxtrot) and pronunciations we struggled with, like Krum! We shared our feelings about that loathsome Rita Skeeter's article about dear Hagrid as well as the Hagrids in our lives. Wrapping up the month, we talked about our perfect prefect baths (Will Lestrange totally goes swimming in that huge bath!) as well as our career paths and the people who pushed us along.

March
For the first half of this month, we focused on Chapter 26 (The Second Task) and Chapter 27 (Padfoot Returns). We showed off some of the interesting books the trio searched through to find a way to breath underwater (like Dreadful Denizens of the Deep) and discussed the scoring for the second task. Arianna and Shadow generally agreed with the judge's scores, while Prof. Tarma had her own slightly different guide for scoring the champions. While considering Snape's instant access to Veritaserum and what we would do with it, we saw Padfoot in person (err....in dog?) and grabbed some food for him, like blueberry pie and a platter of chicken legs!