I Want to Believe
Maxim Trevelyan 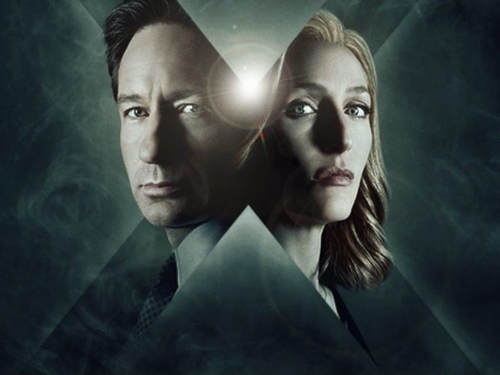 A show that I watched growing up is The X-Files, despite it being nearly over when I first watched it. I think I was nine or ten years old when I saw my first episode late night on TV when parents were away. I remember that I found the opening title sequence especially terrifying and even now, when I re-watch the old episodes, the haunting tune makes my hair stand on end.

I believe that I jumped into the show in the middle of (at the time) last season, when John Doggett (Robert Patrick) and Monica Reyes (Annabeth Gish) were main investigators. I dislike Scully and Mulder episodes of Season 9 at first, simply because I thought that Doggett and Reyes were main characters and not them. How wrong I was. I started watching from the beginning and I just simply fell in love with everything that the show represented.

Which is why I was so happy when I read that The X-Files were being revived. At first, I was a little apprehensive, as their forays into The X-Files movies and spin-offs were not that great in my opinion (barring the first movie) and I wondered how the show would change with the advancement of technology that could easily dispel some of the magic from previous, older seasons.

First thing that non-watchers of The X-Files need to know is that the show is split into two types of episodes: So called “monster-of-the-week” episodes, where Mulder and Scully investigate separate, weird, paranormal cases where the main culprit changes from week to week (cryptids, shapeshifters, technology, demons, vampires, and so on) and “Mytharc” episodes where episodes carry the extraterrestrial invasion/conspiracy storyline that evolves throughout the series.

Personally, I always thought that Mytharc episodes were the weaker part of the series, though there were ones that I enjoyed, especially in the 7th season (my favorite season overall). Season 11 proves no different with its first episode My Struggle III being one of the weakest episodes thus far, especially with a very big reveal that the main antagonist of the series, Cigarette Smoking Man was actually the father of Mulder’s and Scully’s baby boy, William. This is just silly and I hope that in the last episode we find out that he was lying. One thing from previous season that I disliked was that Reyes was now working for “the bad guys.” While we may get explanation later on, it seems just so out of character for her, though I might be biased since she was the first character that I liked in the series. The show might also be a little too political at times (for example the alien’s speech about a wall from the 4th episode), or at least too on the nose about it, but we have seen that with the original run as well.

Besides My Struggle III, I just simply loved other episodes, silly and serious alike. We finally get some closure with William, the previously mentioned son and it was done just right. There was no big family reunion, that would negate the sacrifice Mulder and Scully had to go through in previous seasons, but the resolution still left you with that warm feeling. Season 11 also brings hilarity with haywire technology in Rm9sbG93ZXJz that almost kills the main characters just because Mulder did not tip and tackled on the Mandela Effect in The Lost Art of Forehead Sweat, one of the weirdest and for me, at least, most hilarious episodes overall. Season 11 is definitely worth the watch, if not for new experiences, at least for nostalgia’s sake.

Sadly, Gillian Anderson confirmed that after Season 11, she is permanently leaving The X-Files, which means no more Dana Scully. Primary question fans are asking now is: Does that mean the end of X-Files in general? I am on the fence. On one hand, I want The X-Files to continue, since I believe that they have a lot of potential sources to draw from, despite the technology advancing vastly from the times of its original run that can easily explain some of the “monsters.” On the other hand, for me, there is no X-Files without Mulder and Scully. I may be convinced with some other pairing (maybe Doggett could come back?), but the chemistry would be gone.

As of writing this, only one episode remains to be aired of Season 11. For now, I just hope that the possible final episode of the series will tie up any loose ends and give the viewers, and most importantly, fans, an amazing ending.