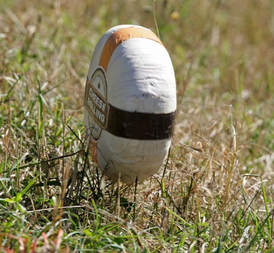 ​For the last installment of my Weird Sports articles, I decided to present the readers with a compilation of weird sports that I had no opportunity to write about before. So, without further ado, let us dive into the first sport, Cheese Rolling.

This sport occurs each year on Spring Bank holiday at Cooper’s Hill, which is near Gloucester in England. At first it was only meant for people living in the nearby villages, but now people participate all over the world with winners coming from United States, New Zealand, Australia and, most interestingly, Nepal and Japan.

Cheese rolling had, until 2013, a 9 pound (around 4 kilograms) Double Gloucester cheese rolled down the hill with a one second start before the competitors. While the aim of the race is to catch the cheese, the food can reach 70 miles (110 kilometers) per hour of speed, so the goal is to just be the first to go over the finish line. The winner gets the cheese. Due to multiple injuries and the cheese supplier being liable for damages should any injury occur because of the cheese, the real cheese was replaced in 2013 by a foam shape in same size. 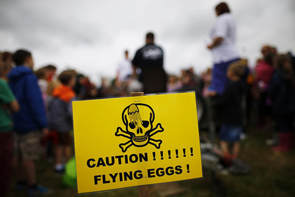 ​Keeping up with the theme of food, Egg Throwing has similar beginnings as Cheese Rolling. Starting in a field at Swanton, what was previously fun times for one village now holds “World Championships” where participants come from UK, Germany, Greece, Netherlands, Ireland, New Zealand, South Africa, Sweden and US. It includes events such as long-distance egg throwing, the egg throwing static relay, the World Egg Trebuchet Challenge and the World Russian Egg Roulette championship. The organizers described it as “cheaper than Olympics and the People’s sport.” 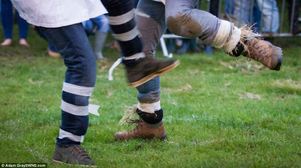 The last sport is a bit more physical. Shin-kicking, known also under the names of hacking and purring is an English sport originating in 17th century, where two people tried to kick each other in the shins in order to bring down their opponent. Each round starts with two people, who wear long, white coats, holding on to each other’s collars where their hands must remain until the end of round. Then they begin to kick each other until another person falls or the opponent cries “sufficient,” thus ending the round. The winner is declared when he wins two out of three rounds. This sport combines both agility and endurance to pain.

I had a blast telling the readers about the different weird sports that are practiced around the world. I hoped that I succeeded in at least informing you about them and give you an interesting read, if not convincing you to try them out.