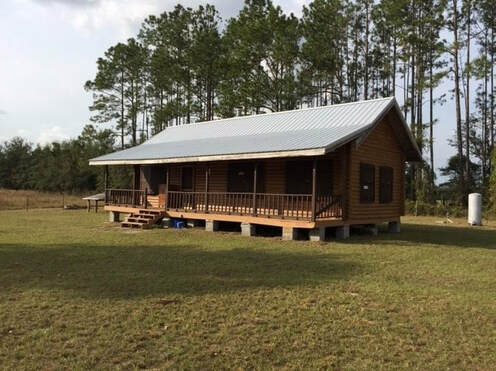 Over Spring Break (the week of the third for me), I went on vacation as most of you know, which was why I was pretty much non-existent that week. I was without Wi-Fi for an entire week, which sucked because I was unable to do everything I usually do on a daily basis. This really cut into my daily routine, which I value highly. Routine is everything for me. However, the trip itself was a nice break and I found myself slowly lightening up on myself. It really drew me away from the stress of everyday life and showed me how to simply relax. I ended up getting some reading in (Everless by Sara Holland is a great book) and quality family time (multiple games of Capture the Flag and Tag games that started up at random times). While I was a bit stressed about everything I had to finish when I returned home, it was nice to simply live and not have a never-ending stack of projects that I must finish right then.

My family and I have a cabin in the north of our state. When I say ‘cabin’ I mean a remote log cabin on eighteen acres of mostly wooded land. So, we were out there. Luckily, after a surprising turn of events, we were able to bring my friend and her sister along for the ride. The car ride up was pretty much uneventful, like most car rides. I had saved assignments for my HOL classes, so I was able to do them in the car. Between completing assignments, playing Crossy Roads with my friend and siblings, and arguing over the one phone we were playing it on, time passed pretty quickly. The six-hour car ride quickly ended.

We arrived pretty late, so the night mostly consisted of unpacking the car, fighting over bed situations, and then… sleeping. The next day was more eventful. We started it off by giving our friends a full tour of the property and after twenty scratches from thorns and being entirely exhausted, we were ready to begin building our huts.

My siblings and I have a tradition where we build little camps over the property. The first camp we built was a three-story tree house at the beginning of the woods. It took us most of the trip to build and we built it up between three trees. That was fun and we learned a lot about building sturdy structures. The tree house even had a teepee structure going off the side, which we quickly filled with items and played ‘store.’ Hey, this was a few years ago. That tree house’s life sadly ended on our next trip up there when my brother climbed to the third story and it collapsed after the main frame was damaged. My brother wasn’t hurt, though it was quite the fall. Needless to say, the tree house was dismantled, and we moved base. The next camp we had after that was by the pond (it’s a sinkhole). There are ledges all around it, so we built our forts up high, overlooking the murky, duckweed-covered pond. Using tarps, wood, and our hammocks, we build up a pretty nice city out there. Sadly, after a few months, everything began to slowly fall down, and we found ourselves moving camp once again. This time we were seriously successful. We moved to the other side of the property away from water where the ground was white sand. Building right to the side of the sand into the woods a ways, we created quite the village. My design didn’t change too drastically. Long stick spread between two trees with a tarp laid over the top and staked to the ground. Underneath that tarp I strung my hammock, so it was like a hammock indoors kind of set up. That was an awesome fort. We (my siblings and I) put a lot of work into our clubhouse this time. It was enormous and spread between two tall trees. We had to cut down small trees to act as walls that we covered up with tarp and a lot of moss. The club house was dividing our fort in two and in order to get across to both sides, we had to create a walkway through the club house. Sadly, it eventually crumbled after a hurricane swept through and our top beam snapped bringing part of it down. In frustration, my sister decided to pack up camp and move again. The location this time? Back to the sinkhole. That brings us full-circle back to this trip.

So, after a tour around the property, we started building our huts. My friend and I spent hours clearing out a section of forest around the top of the pond. When we finished, I strung my hammock up (cause I was taking the easy way out) and she started making a teepee, which didn’t work out unfortunately. Finally, we moved over to our siblings' huts and helped them out a bit.

This took most of the trip to do, but at the end, we had quite nice structures set up. While I can’t take credit for any of these huts, here are some photos of our huts. They all varied in design, but were about the same general idea. I didn’t have any electronic devices down there with me, so my beautiful castles were not photographed.
Between building forts and general playing around, we were able to get in a few games of Capture the Flag. This worked about the same way as it did in the Percy Jackson series. We had boundaries and our goal was to catch the other person’s flag and get it back to camp. This was fun until we started finding loopholes in the rules and crossed boundaries before the whistle blew. It was dark, so it was easy for me *cough* I mean, others, to cheat.

Two days before the trip ended, our friend’s parents came to collect them cause they were on their way to Epcot for the weekend before Spring Break ended. The rest of the week, I mostly spent my time reading in the cabin and just chilling before heading home. The trip turned out to be a nice break and although I’m entirely exhausted now and ready to get back to the normal grind of life and school, it was nice to pull myself away for a while.