As a longtime fan of Stephen King, it is quite peculiar that I never had the chance to read his Dark Tower series. I much preferred his one-time stories and books, and by the time I was old enough to read said series, I became somewhat disinterested in it. I saw The Dark Tower movie as a sort of a preview into the book series, to see if they are worth the read. I loved the trailers they put out, but the purpose of the trailers is to sell the movie, and trailers are often misleading. When I finally had the option of seeing the movie, I was left with a strong feeling of confusion, especially as someone who is not familiar with the story.

One thing working in the movie's favour is that it is very short compared to modern films, only one hour and a half, so if the movie was horrible, it would not be so bad. However, The Dark Tower was neither good nor bad; it was boring and predictably full of clichés. This is more often than not even worse than if the movie was horrible, as least you can enjoy the awful movies, such as with Sharknado.

The movie opens up with Jake, a boy from New York, who has visions about a Man in Black. This mysterious figure is using children and young adults to launch beam attacks at a tall, dark tower in an effort to bring it down completely. When it is shown that those visions are coming true, Jake comes across Roland, the last Gunslinger, whose mission is to keep the tower standing. If the Dark Tower falls, it will open up the world to eternal darkness and allow monsters to roam it freely.

Right from the start, you can see that the movie does not know who it is for. The first thirty minutes go by almost without any explanation, so one assumes that the movie is meant for readers of the books series, but on the other hand, the following ten or so minutes are wrought with narration, exposition and flashbacks, so much so, that it becomes obvious the movie wanted to reach out to those who are not as familiar with the Dark Tower series. It is as if two different versions of screenplay were stitched together and it makes for one confusing movie.

Now, is The Dark Tower movie bad? No, but it is completely unremarkable. The only saving grace of it is an amazing cast in Idris Elba and Matthew McConaughey, and, at times, stunning visuals. 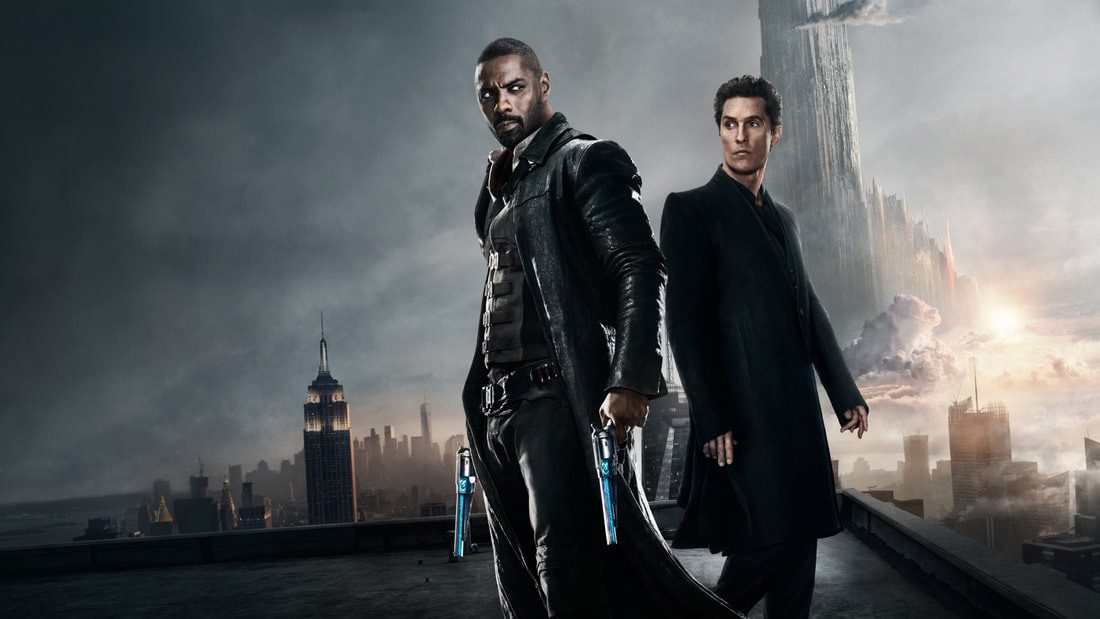