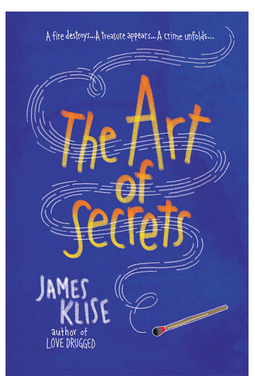 October 2017
​
For this issue of the SerpenTimes, I decided to embark on a mission. This mission was to read three books in a genre I rarely read from. While I love books based around suspense, I find myself not often reading books specifically categorized as mystery books. I went to my local library, did some research, and managed to come across a few young adult mystery novels that appeared to be of interest to me. I quickly checked them out, brought them home, and if I was not reading between classes, I read late into the early hours of the morning.

The first book I opened was The Art of Secrets by James Klise. What I noticed first of this book is that it was divided by acts, much as if I were reading a play. There were many different characters and each character was given their own “chapter” to tell their point of view. Most of the time, these characters were talking to a newspaper reporter who had ‘asked them a question,’ and each point of view had a different sound. Klise gave each of his characters personality, individual ways of writing, and emotion allowing the transitions to follow through smoothly.

When the book opens in act one, we follow the first mystery and that is of the fire that has shaken one of the character’s family. Her apartment was somehow set on fire, and she and her family have lost everything. No one knows who set the fire, and the mystery continues as the police question the family and others. Later on in act two, we see the two other characters that are hosting an auction to help this family rebuild their lives after the fire. While hunting for items in alley ways that they can sell, they come across a book of paintings that just might be worth a lot of money. Finally in act three, something no one expects happens and the mystery gets even stranger as people wonder who did it.

While all of this is going on, we get also get a look at an exchange student as well as the family whose home burned down, one from Spain and the other from Pakistan. We also learn of the family hosting the auction who does not quite fit in at the school because they are not a ‘legendary’ family of this reputable institution. Readers get into the mind of what it is like to be considered an outsider and how difficult it is to be different. 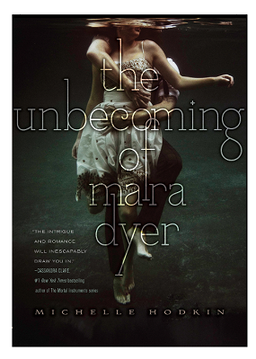 The second book I read was The Unbecoming of Mara Dyer by Michelle Hodkin. While my library had this listed under young adult mystery, it was not so much a mystery as it was a love story. While reading this book, I could not help but think of the similarities between it and the Twilight Saga by Stephenie Meyer. While the plot of both are very different, the story lines are the same. Girl moves to a new town, she meets a really nice looking boy who all the girls want but can’t have. He can’t stay away from her, and she can’t stay away from him. Let’s not forget the supernatural things that start happening.

To be fair, Mara has what is called PTSD or post traumatic stress disorder, which is when one experiences a very traumatic event and the event begins replaying itself in the mind. One might hallucinate or have recurring nightmares about the event. It could even be a strange feeling, the same they felt while the event occurred. There is some mystery around the event causing Mara’s PTSD and even more so around weird things that begin to happen when she pictures them in her mind.

While the plot itself is an interesting concept, it did not quite hit the mark for me. Again, all I could think of was that I was reading another Twilight novel sans vampire. It was too cliché for my taste and very much a young adult romance novel rather than mystery or supernatural though it was put under both. 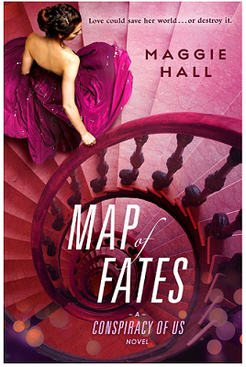 The last book I read was called Map of Fates by Maggie Hall. I had not realized it at the time when I chose this book, but it is the second book in the Conspiracy of Us series. Out of all the books I read for this issue, this book was the one that fit the best in the mystery category.

If you like books like The DaVinci Code, but are perhaps looking for an easier read (not that The DaVinci Code isn’t an easy read. It was fantastic!), then this series may be good for you. I compared it to that book due to the groups involved. In this storyline, we have The Circle as well as The Order. I assume they are introduced in the first book as I did get important information about it at the beginning of this one. The refresher was good since I did not read the first book like I should have. Just like in Dan Brown’s book, there are two organizations that are working against each other, each seeking a particular goal, the Tomb of Alexander the Great. This Tomb supposedly hides a weapon that both parties seek.

It is also comparable to the National Treasure movies. In both instances, there are sets of clues that our characters find and must decipher in order to move ahead in the quest. This is a young adult book, so the language is simpler and there’s young romance involved, but for the most part, this book really focuses in more on the plot rather than the romance which I appreciated. There are many twists and turns and a huge “Did that just happen?” at the end of the book. I cannot wait to go back and start from the beginning and then continue it on. I truly enjoyed it, and I would absolutely recommend this series to those who are fans of the genre.