The Power of Social Media and Communities
​Shiloh Adlar 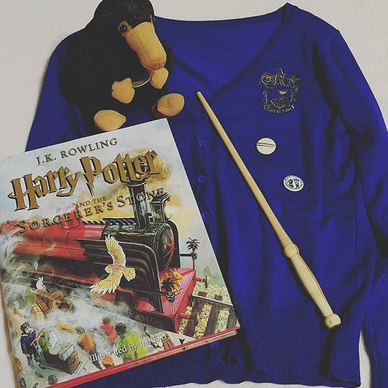 Social media has been around for years with the creation of something called Myspace back in the day to Facebook and Youtube and more recently to Twitter, Snapchat, Tumblr, and Instagram. While I am sure there are other platforms that I have no awareness of, it's true to say that these platforms have changed the way people interact with each other on a daily basis.

So what do these social media platforms have to do with communities? I only recently got involved in any sort of online community outside of HOL. I had a Facebook for a while in order to talk to other HOLers, but have since deactivated it. I had a Twitter to follow the Harry Potter Book Club that Pottermore was doing, but stopped going on it for lack of reason to. Arielle got me started with Snapchat ages ago when we had our first awkward "date" at our favorite vegan eatery where she goes to graduate school, but again, I have not snapped in who knows how long.

But the two platforms I do continue to go on are Tumblr and Instagram and for a week out of the year, Youtube. What makes these platforms different for me? People with love for books. While there are other book communities using the other platforms, these three hold the most interest for me for different reasons.

Using my bookstagram, the first community I joined, I post photos of my current reads, my to-be-read (tbr) piles, and do a monthly wrap up. While I am certainly not as creative (or have the time to be) as the people I follow and many of my followers, it gives me some amusement to try to be as creative as possible in taking artsy photos or at least trying some sort of stable theme. My bookstagram has also allowed me to interact with other readers and receive recommendations for books that I might like and I have found many new ones that I simply love. I have also been able to recommend reads to others that they may not have known about.

Some bookstagrammers have reading challenges or book clubs where they pick a book and members read together and host discussions every week. This encourages reading for me and I'm trying to make time to do so in my crazy busy schedule. The reading challenge though that I am most fond of is the BookTubeathon, which is hosted in July/August.

BookTubeathon is done through YouTube, however, there is an Instagram component. While I do not post YouTube videos, which means I do not participate in those particular challenges, the photo challenges on Instagram are usually a lot of fun. This whole week readathon always comes with seven basic challenges to complete on top of the other video and photo challenges. One of those challenges is always to read seven books, something I was able to complete this year and earn a certificate for. Okay, so it doesn't mean anything to the outside world except the fact that it's cool looking, but it does make me feel accomplished. XD

This readathon brings together many readers, and this past year, I met a lot of new people that I have enjoyed following or even talking to. One of them actually convinced me to post a video of myself singing on Instagram as a response video to her singing and it got way more interaction than half of my book photos. I am still wondering how that happened. 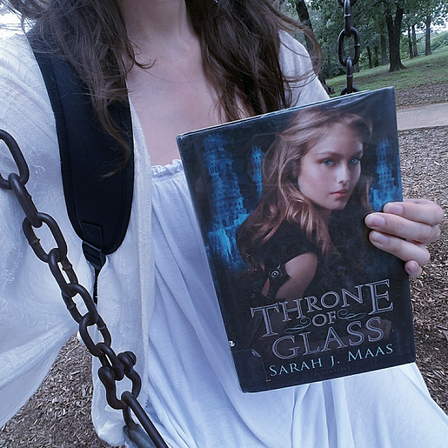 The other platform is my Booklr on Tumblr. Tumblr is mostly used for me to write book reviews in further detail than I might write on Goodreads. This is another site where I have been able to find new books to read simply because of the reviews and summaries people post up. A lot of the titles I may have seen but thought, "That doesn’t sound like something I would like." Then someone posts a more detailed review and I think, "I take that back. That is something I would like." I discovered the Throne of Glass series this way and officially fell in love with it.

Of course social media also gives rise to fandoms, and I'm part of a Harry Potter fandom on Tumblr for Ravenclaws. People mostly post headcanons or gifs. There is a blog that posts incorrect quotes using quotes from other books or TV shows and movies and applying them to Harry Potter characters. Some people like to post aesthetic posts using themes and combining a bunch of different things together to make a cool photo set. Then there is the fanfiction, usually a set of short stories rather than longer novel length stories that one might find on FFN or Wordpress. 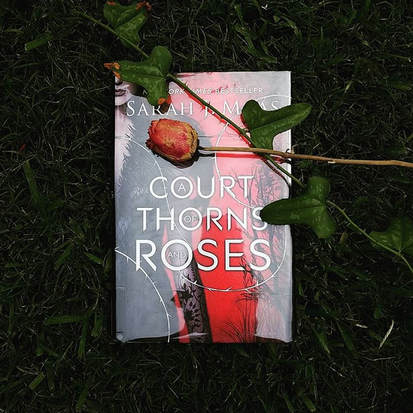 Fan communities or hobby communities on social media are a lot of fun to be apart of and they are a great way of meeting new people or discovering new things that one might not have already known about. They can also be a way of discovering new things about oneself that one did not know they were capable of or even improving. In my case, photography skills when it comes to taking the perfect book photo. I recently took a photo of A Court of Thorns and Roses that I am really proud of.

But keep in mind that these communities can also be addicting and while that isn't always a problem, if one begins determining their self-worth based on the amount of likes one gets or followers one has, then it becomes an issue. Communities have a way of affecting one's self-esteem if a person lets it. I will sometimes notice myself falling down this rabbit hole, but I have learned how to fly myself back up out of it and not let it determine my likeability as a person. The only thing that does is take my enjoyment out of it and my bookstagram then becomes a chore to please the masses rather than doing it for myself.

Whichever community you are a part of or choose to become a part of in the future, do so because it makes you happy and encourages you to be a better person in some way, whether that's through socialization or a skill set or to even broaden that tbr list a little further and explore genres you never thought you would check out. Be safe, respectful, and always have fun.